The 2nd edition of Charon Unguarded is now available in paperback!

All reviews are genuine. Click on the boxes to see for yourself. 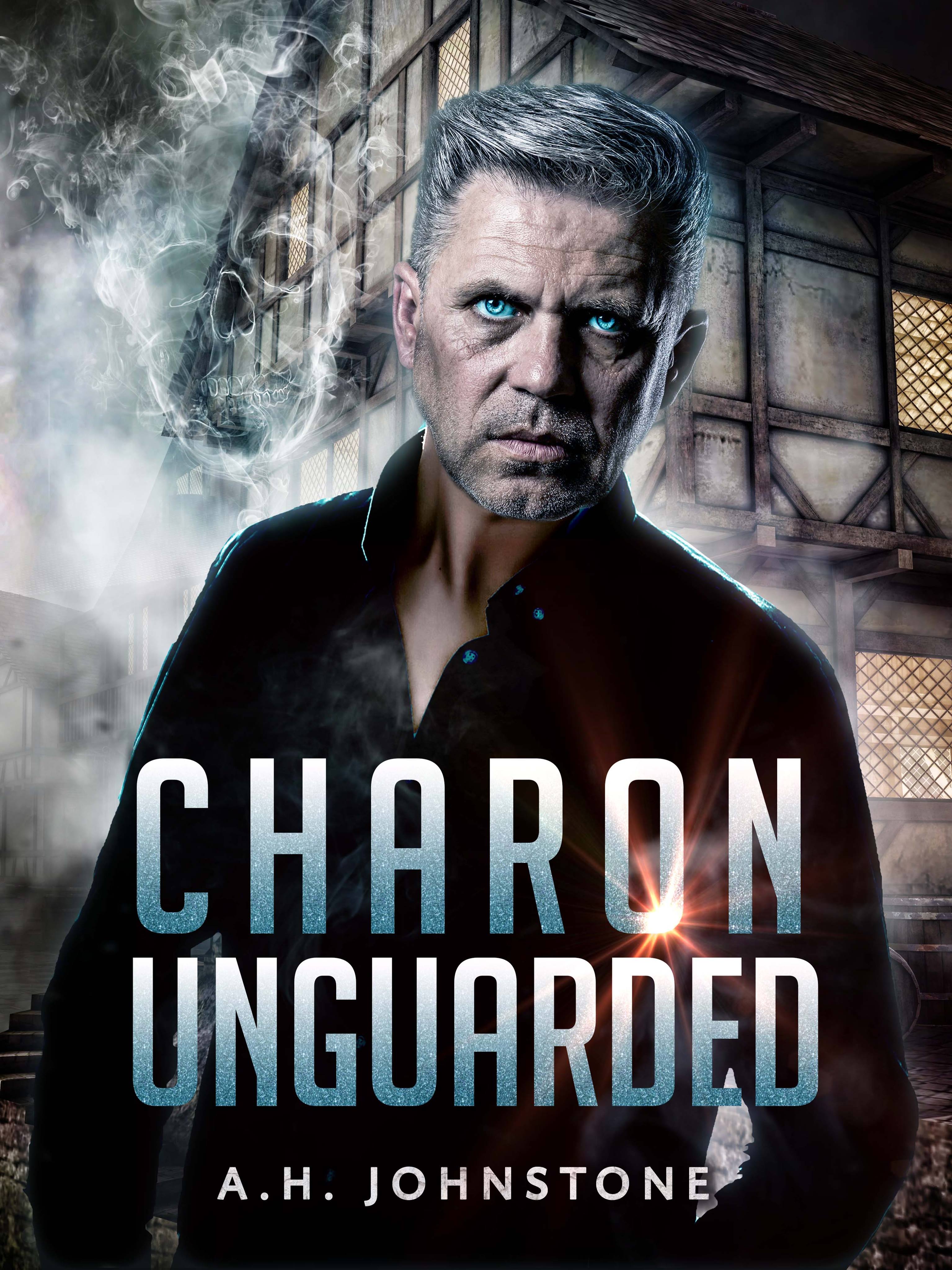 ‘My friend, if the story is written against you, what you need to do is—’
‘Change the story?’
‘I was thinking more like hunt down the author and gut him in front of his family, but your plan works too.’

Charon was once the Ferryman of the Underworld. Now he’s the doorman of a disused office block. If only the old Gods hadn’t lost that drunken bet all those centuries ago, things would be very different. For a start, Ragnarök probably wouldn’t be on its way.

Ra is looking for a way of escaping the mortal realm, but there’s something about his plans he isn’t telling everyone.

Maybe Charon is the only one who’s noticed. He certainly seems to be the only one who cares. But can he do anything about it? It looks like he’s going to try. But there are others who might profit from the situation, and the last thing he wants is the Fae Courts breathing down his neck.

This fun fantasy channels both Pratchet and Gaiman in what amounts to a drunk bet gone horribly wrong. Written with real skill, humour and imagination, this is a great read for those yearning for high quality escapism.

Support an independent author by buying one today!

A wonderful look at the current status of the old Gods in the modern world.
Charon used to guard the river Styx and now he guards a building lobby. His nice and dull world falls apart when they hold a meeting in his building.

A great read, looking forward to reading the prequel when it comes out.

A Supernatural Adventure of Olympic Proportions!

Supernatural/mythological fiction has seen a sharp uptick in popularity, especially with the likes of Rick Riordan and Neil Gaiman taking a stab at the more popular pantheons. Religion in literature is a hairy thing to contend with, especially if you do it wrong and end up either bashing other religions, or shoving a certain religion very un-subtly in your reader’s face. Somebody like Brandon Sanderson, for example, and his Mistborn series saw several para-religious themes carried out in a balanced and respectful way, paying homage to many different beliefs. In the realm of independently-published authors, I’ve enjoyed the finesse of authors like K. M. Vanderbilt and the “dynamic duo” of Jeffrey Cook and Katherine Perkins.

After reading this book, I would willingly add Johnstone to their ranks. Merely the fact that, out of all the Greek pantheon, she selects Charon as her main character, lets you know that this isn’t going to be an ordinary adventure. The fact that, essentially, the gods have been forced to live in the mortal realm (under our very noses!) is both hilarious and a great way to place all the characters on even footing, though some would rather see about setting themselves up to receive all the power over others.

The thing I loved most about this book was how relatable the characters were. From Charon trying to get Hermes on board with his schemes, to pompous Ra, “Big Boss-Man” Zeus, and the double-dealing Odin–all of them were quite entertaining with their shenanigans! I felt for Charon in his quest to get to the truth of the matter and stop the ones who would just destroy the mortal world and everyone in it because it suited (or didn’t suit) their desires… The pain and betrayal he experiences along the way, as well as the unassuming sense of morality he has–all of it came together nicely in a well-paced adventure!

Be warned: This book will leave you wanting to read more about the adventures of Charon, the immortal Doorman! Johnstone is completely unique and you won’t get the same experience with any other author out there!

I started reading this on Friday night and have nearly finished it on Monday afternoon, just a few pages left. This in itself is something of a miracle for me, as it’s rare for a book to engage me so fully. The book is fast-paced, funny in places, and shows the ancient gods and other people and creatures of folklore in a completely different modern 21st-century setting. They are here, because, a millennium before they were all banished from their various realms and made to live in the world of mankind, which, obviously pees many of them off.

The story is set around Charon, The Ferryman of ancient Greek mythology whose job was to transport the dead across the two rivers separating the land of the living to the land of the dead. Charon is now the doorkeeper at a seemingly empty office block. He’s quite happy doing this keeping his head down and getting on with things.

Then he hears about something from Ra, the ancient Egyptian sun god, that if it happens, will destroy all of them and all of mankind. Charon has no choice but to try and discover what this is and stop it.

This site uses Akismet to reduce spam. Learn how your comment data is processed.