Other Things I do…

The Bifrost Guard was first established in late 2008/early 2009 and have since endeavoured to provide education and entertainment to the people of Wellingborough and beyond at various events across the town and nationwide.

We study and explore the techniques available of production, the way of life, and combat of the early medieval period known as “The Dark Ages”. We perform combat displays, as well as give talks and demonstrations on a variety of trades including leatherworking and textiles in our camp: a complete tented encampment with interactive displays, have-a-, and trinkets to buy. Much of our period kit also allows us to stand-in as extras for other events, which if you’re interested can be discussed via our bookings contact.

We’re now branching out into later period shows including Norman/Plantagenet and the Hundred Years’ War and are actively seeking funding, grants and sponsorship.

In 2008 during a four-month backpacking trip through India, our founder Hemley Gonzalez experienced firsthand the abuse and horrible conditions which men and women were subjected to under a worldwide famous charity that collects millions of dollars from its donors but largely mismanages such donations. Disgusted and disappointed by this experience, he began working in the slums where he felt that his efforts were directly, positively and effectively changing the lives of those disadvantaged families he came into contact with.

After returning home, he began a campaign to raise awareness about the issues he first experienced and the challenges the children in slum communities face daily and thus Responsible Charity was born. Through a grassroots network of friends, family and supporters from around the world we gather, track and report all donations for our work online, showing exactly the progress and help such funds allow us to administer to people in need.

Unlike some religious-based organizations which have no progressive plans in effect to educate and empower children, women and men out of poverty, Responsible Charity makes advances in areas of education, planned parenthood and self-employment.

We invite you to join and support our humanist charity. Our vision is directly aimed at the evolution of compassion, and creating a new and transparent model for others to follow! Together, we are the change we wish to see in the world!

Responsible Charity, Corp is a 501(c)(3) charitable nonprofit corporation and your donations are deductible to the full extent allowed by law. A copy of the official registration and financial information may be obtained from the division of consumer services by calling toll-free (800-435-7352) within the state. Registration does not imply endorsement, approval or recommendation by the state. 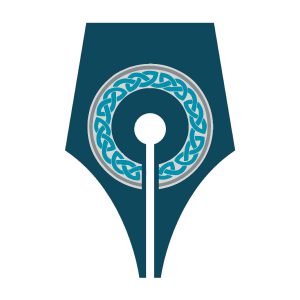 Hi, I’m Anna from AnnaProofing and I help writers improve their craft.

Whether you have a 100,000 word novel in need of a structural edit for your novel, or promotional literature that needs polishing, I’m your woman.

By providing a wide variety of writing services including higher and lower level editing, as well as reading and research assistance, I provide an affordable means by which small businesses and other writers can provide a better end product.